Submitted by Fiona Beal
On Monday 4 June 2012 at 15:00 Microsoft hosted its second TeachMeet at its Johannesburg offices. Teachmeets are the new informal type of professional development where teachers share for three minutes by means of a laptop and data projector on something they have done in their classrooms involving technology integration. Approximately 120 teachers, including officials from the Department of Education in Gauteng and North West Province, squeezed into the allocated room to hear what the 13 presenters had to say. Microsoft planned a scintillating programme for the afternoon and, after the presenters had finished sharing, the attendees were also shown Office tips and tricks, demonstrations on Windows 8 and a preview of the new Microsoft slate which will be launched later in 2012.

Those of us who couldn’t attend the TeachMeet physically followed on the Twitter hashtag #msedu. Maggie Verster, sometimes called the ‘Twitter Queen’, started off the event on a high note by showing delegates how to join this social networking, microblogging sensation using their phones. Twitter is still the no. 1 web tool on most ‘Best of…’ lists around the world.

Here’s what the teacher presenters had to say

Abdulla Sujee presented on how he uses authentic learning opportunities as a powerful strategy to engage students in real world scenarios. He makes use of social media and online museums. He sees the classroom as a live museum and gets his students to connect with others globally and tell their stories. 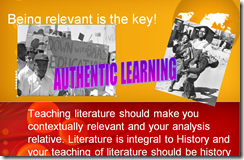 Sean Hampton-Cole from Crawford College, Lonehill, showed how he uses Edmodo, a free classroom management platform along the lines of Moodle or Obami and several others.  Edmodo helps create a classroom community and encourages interactive learning. It has a similar design to Facebook which makes it very appealing to students. It offers students badges which act as a great incentive.  http://www.edmodo.com/ 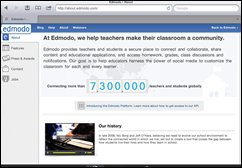 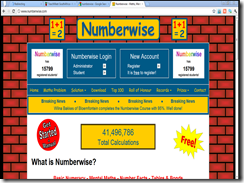 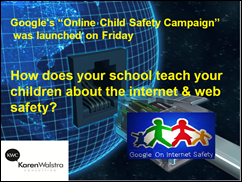 Saul Pila from the Gauteng North District Deprtment of Education  showed how blogging can be a very useful tool in an English classroom for encouraging learning about English idioms. 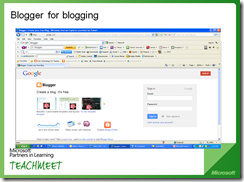 Hlengiwe Mfeka spoke about having a positive attitude and using cell phones in the classroom.She encouraged teachers in under-resourced schools to continue in their efforts and keep pushing the limits.


Robyn Clark from the Sekolo Sa Borokgo school spoke about using cell phones as a support for learning Maths in High School. She said that what works in her classroom is:
Robyn gave tips on how she creates student profiles for these applications. 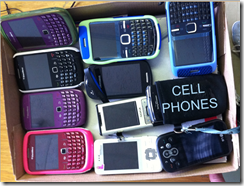 Paul Wilton from the Oprah Winfrey Leadership Academy for Girls spoke on Digital Study Aids. He showed how he gets the OWLA students to create beautiful, colourful mindmap-like study notes. 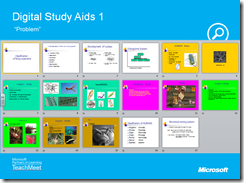 Ron Naude from the North West University in Potchefstroom was dialled in using the Lync webinar programme to present on My Yesa passport. This programme uses Mxit as it is cheap and social and students love using it for learning. http://yesa.org.za/ 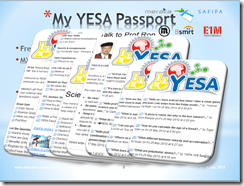 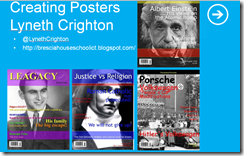 Christopher Seewald from Pecanwood College spoke on Introducing Cloud Computing to Grade 7 using Microsoft Skydrive and Office 365 as his cloud base. His students use their Skydrives to access the school’s Sharepoint. The whole office suite is free online. 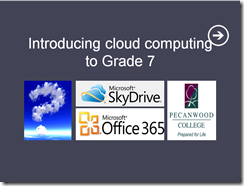 Angie Barclay from Cornwall Hill College spoke on The Value of One Note for Preschool Teaching. http://www.microsoft.com/office/rm/onenotewebapp.aspx 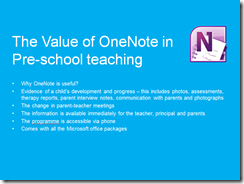 TeachMeets are a way of keeping up with digital trends


Events like this enable teachers to see what is happening in other schools and find ideas they can implement back at their own school. As Public Sector lead at Microsoft South Africa Kabelo Makwane says: “Keeping up with the trends of a digitalised community, teachers are much more open and willing to share lesson ideas with fellow teachers and try out new ideas in this way. These regular TeachMeet events are a wonderfully visible portion of our Partners in Learning programme, which focuses on building capacity and communities to, in the end, benefit the learners.”

More photos of the event can be viewed here.
Posted by SchoolNet SA blog at 2:28 am

Email ThisBlogThis!Share to TwitterShare to FacebookShare to Pinterest
Labels: teachmeets

WELCOME TO OUR BLOG!

This blog is aimed at South African teachers who are using digital learning for lifelong professional growth. We aim to provide ideas, resources, information and inspiration for integrating technology into your lessons to enhance teaching and learning.

Promote your Page too